We deliver across eu. Learn more

Why is IPA the most popular beer style? 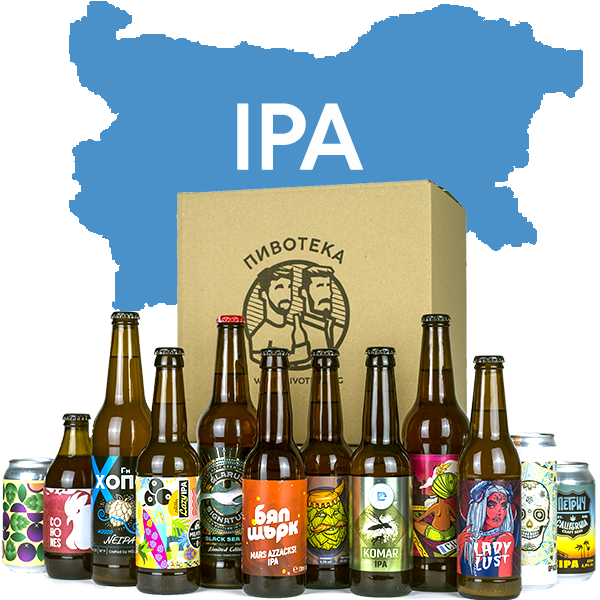 The demand in export to the British colonies - mostly the Americas and India gave birth to the ‘India Pale Ale’ style - a hoppier, more alcoholic style of the ‘Pale Ale’ to survive the cross over the Atlantic or all the way to Asia… The reappearance of craft breweries in the US and UK four decades ago also helped make IPAs one of the most popular styles of beer in the beer world. It is no surprise because IPAs are a true celebration of hop aroma, flavour and bitterness.

The style derives from the Pale Ale category and provides higher gravity ranges, alcohol and hop presence. Thus they quickly became the most attractive to hop-forward palette of consumers and brewers. Each self-respecting brewery has made their attempt to produce IPA beer.

English and American examples of the style differ particularly due to the hop varieties used. With the development of experimental hops production this style expanded through exciting new flavours and variations in sub-styles that practically keeps it constantly on the trend.

This can be recognized in Bulgaria where the 20 or so more local breweries all have 2 or 3 IPAs in their brewing schedule like Бял Щърк Mars Azzacks! IPA and Take Me Somewhere Twice, Dunav Craft Komar IPA, Metalhead Turbo Lover and Lady Lust, Meltum Lazy IPA and G-n Hops NEIPA, Beer Bastards По Полека and Опасен Чар and others.

Here are few basic sub-categories in the common IPA name.

American IPA - characterized by floral, fruity, citrus-like, piney or resinous character, the IPA beer style is all about hop flavour, aroma and bitterness, although sometimes sweeter. This has been the most  popular category and top-selling craft beer style world wide. Often called West Coast IPAs too due to to its popularity in San Francisco and San Diego.

English IPA - strong, bitter with earthy and floral hop character, the English IPA differs from its American opponent by providing a balance between malt and hops for a more rounded easy drinking flavour with less carbonation. English-style pale ale appeared from the need for a beer that could survive the journey to and from India, a land too warm for beer brewing without the aid of modern technology. The increased alcohol and hop contents would act as preservatives, giving IPAs the qualities that they are known for to this day.

New England IPA - emphasizing hop aroma and flavor without bracing bitterness, the hazier New England IPA  leans heavily on late and dry hopping techniques to deliver a bursting juicy, tropical hop experience. The skillful balance of technique, different yeast and ingredient selection - adding wheat and oats to the barley malts, lends an alluring haze to this popular take on the American IPA. It is so called due to the development for this beer in Vermont and surrounding states.

A Milkshake IPA is a sub-style of the New England-style IPA. Milkshake beers pump up the volume on fruit additions, unfermentable sugars, and adjuncts such as vanilla. This creates a creamy, full-bodied texture. The main ingredient that sets milkshake IPAs apart from other juicy and hazy IPAs is lactose.

Session IPA - a ‘sessionable’ IPA is low in alcohol and high in hop aroma that allows the drinker to have several beers in one session.

Double/Imperial India Pale Ale - mainly of American origin, the demand for more India pale ale flavour has led to the imperial India pale ale. It is the stronger version of the American IPA, which provides an even hoppier flavour, aroma and bitterness and of course higher alcohol volume (usually 7-10% in ABV).

We will make honorable mention of the ‘Brut’ IPA, a San Francisco fad that resulted in very dry IPAs and the current development of Triple IPAs that come at 10+% ABV in the market!

We suggest you try our special selection of Bulgarian IPAs.

via card
Follow us facebook.com/pivoteka.bg
©2022 pivoteka.bg. All rights reserved! If an online purchase dispute arises, use ОРС.
Design and development